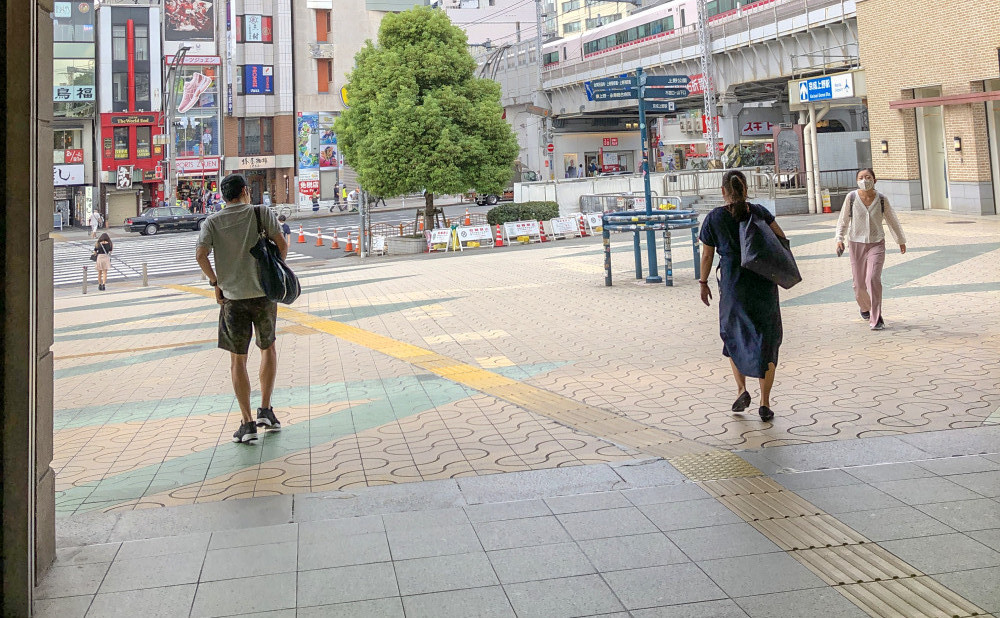 On my first visit to Japan years ago after recovering from jet lag one of the questions I asked myself was “Why is Japan so clean?”. Seeing trash in most other countries is normal, along the road, trapped in bushes, abandoned lots, blowing in the wind, in any body of water.

Seeing trash in Japan is not normal and after living here a few years I understand why. But it’s not just the lack of trash in Japan that keeps Japan clean. Dirt and debris of any kind are not normal here. I can visit a train station anywhere in the world and look in all the corners, I usually find dirt and debris buildup but not in Japan.

Japanese don’t just take pride in their workplace but also their community. It’s not 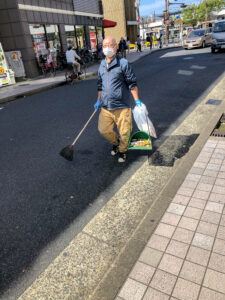 unusual to see Japanese outside cleaning the streets, sidewalk, and around their home. There are no hired street cleaners who clean the streets at night. Everyone cleans.

When I lived in Saitama I played Pokemon Go at the local train station and would sit for hours and watch as the station was meticulously cleaned. There was no dirt, trash, or debris to begin with but the cleaner didn’t care because one grain of dirt was too much in their eyes.

They swept the whole area including the 300 plus stairs. This was not with a large broom or dust collector but a tiny broom with a short handle and a dustpan. Also, the station was always open and birds would frequently fly in and there was always a wind blowing through.

After using a broom they pulled out a small handheld vacuum and cleaned again. Going over every part of the station until no speck of dust remained. After, they took lunch and started over again.

Let’s look at some reasons why Japan is so clean.

Children are Taught to Clean 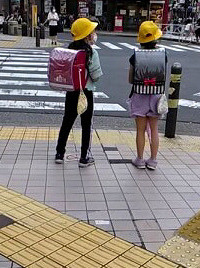 Children clean their schools from an early age. Each day before going home students clean their classroom. They also serve lunch and wash the dishes by hand. Japanese children are very independent and don’t need to be told to clean or pick up trash.

No Public Trash Bins or Cans

Japanese take personal responsibility for their trash. In other countries, there are countless trash cans in public areas where people dispose of their garbage but here in Japan, there are almost no trash cans anywhere. People in Japan keep their trash with them until they return home and can properly recycle it. 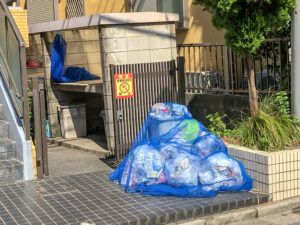 Recycling in Japan is a way of life. Everyone recycles in Japan and there are certain days of the week when different recycling is picked up. You can get a schedule from your ward office. The schedule also shows what recyclables go together and who to call for large things like refrigerators.

Each neighborhood has a trash area where each person takes their trash. The trash and recycling goods are stored under a net, locked cabinet, or large container to keep it under control. If you don’t recycle properly then be ready to sort through your trash again until you get it right. Japanese will sit your trash in front of your door with a note asking that you do it correctly. 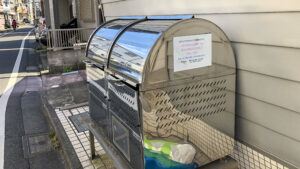 From the train station to work trucks, Japan’s public transportation and work vehicles are immaculate. Delivery trucks/vans, Semi’s, and any other working vehicles are washed after every shift and any part that doesn’t sparkle is replaced or buffed.

Trains have special washing stations and the insides are always clean and ready for passengers. Transportation stations have no trash, dirt, dust, or scum as in other countries. Everything is clean and free from debris. 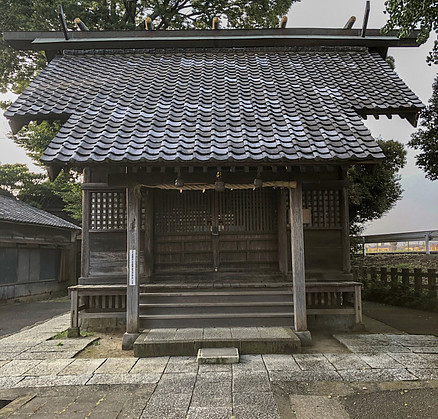 In the Shinto religion cleanliness is godliness. Purification rituals are the standard in Shinto. Get anything unpleasant out (impurity) and make everything pure.

Don’t put your burden on someone else because you’re lazy. Be responsible for your trash in this case. People who don’t practice cleanliness can cause societal problems.

After a natural disaster strikes there is a need for several volunteers to help clean up. Several groups of volunteers scour each neighborhood to ensure all trash/debris is removed, plants and trees are replanted, and everything is pristine.

Volunteers are also requested every month to ensure the city neighborhoods are kept clean. This is usually done before work or on Sunday. They remove anything out of place, even dirt and tiny bits of paper. If you live in Japan you’ll be asked to join in and I recommend that you do.

When workers arrive at their workplace each morning the day begins with exercise and a trash walk. Workers walk around their company buildings and pick up trash and ensure everything is spotless and shiny.

This is not about company image but about helping wake up workers who need a boost to start their day. In return, the cleaning makes a positive impact on the environment. This also has a mental effect on the people who visit the company.

I feel better when I walk on clean streets and everything around me is polished and well maintained. I also feel better about the company I’m about to have a meeting with when their environment is clean. When I visit other countries and everything is filthy I tend to have a different mindset. 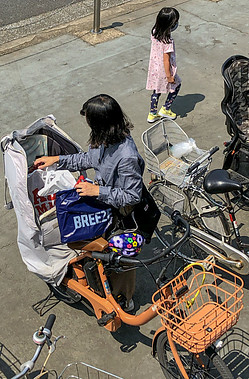 Seeing trash anywhere in Japan is such a shock that you go out of your way to clean it up. While it’s shocking to see trash it’s even more shocking to watch people walk by and not pick it up.

Sometimes people don’t want to deal with the trash or are in a hurry. Thank goodness that the next person who comes along takes personal responsibility and picks it up.

While Japan’s system for cleaning isn’t perfect it’s better than any system in the world when it comes to outside clutter and trash. Just don’t look inside the home.

Check out my article on what shocked me my first visit to Japan here.

Do you have a story about trash in Japan? Let me know in the comment section below.

Have a question about this topic? Ask your question below in the comment section.