Visiting and living day to day in the country are two different things. You see the big and bright things when you visit and the small stuff when you involve yourself in the everyday mundane task. Besides, you don’t get to know a place until you live there a while.

I’ve traveled the world, but a few days of vacation cannot make a person an expert. I’ve seen some websites where the person took a break in a country, and now they write about daily living. Really? I can talk about other countries I’ve been to from a vacation standpoint, but I certainly don’t understand everyday life in that country.

Of course, research can let you know how day to day life is, but you can’t write about your experience. That’s the funny part of living somewhere. Life can be funny or brutal.

Here are a few things I noticed about Japan after moving here.

I visited my first Ramen restaurant and found that everyone in Japan slurps their noodles. It drove me crazy and still does. If my father was there, I think he would have tried to discipline all of them. 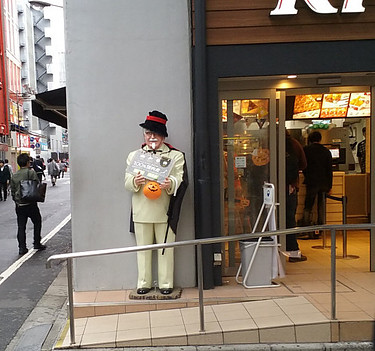 3.6 million Japanese have KFC for Christmas dinner. This custom started in 1970 and is more prominent each year. Too bad they don’t serve mashed potatoes in Japan.

I found this out on Christmas day because I asked why the long line at KFC. The person responded that people are picking up Christmas dinner. It blew me away until I started thinking about how masterful that marketing plan was.

If you order tea at a restaurant in America, it usually comes pre sweeten. In a Japanese restaurant, you receive tea after a meal, and it comes without sweetener.

Except for bottled tea, I have never had a sweetened cup of tea in Japan. After my first cup of matcha, I haven’t even thought about putting sugar in tea.

In America, you tip service providers, and it puts a smile on their face. I handed a tip to a server in a Japanese restaurant, and they became angry.

My friend let me know that you don’t tip anyone in Japan. Tipping is considered rude and insulting. I’m living in Japan for two days, and I’ve already insulted someone. I still haven’t been back to that restaurant.

I have taken a taxi several times in different countries and always opened the door to enter or exit. You never know what is on your hand afterward.

You never need to touch the door handle on a taxi in Japan. The driver will open and close the door using a switch in the driver’s area. 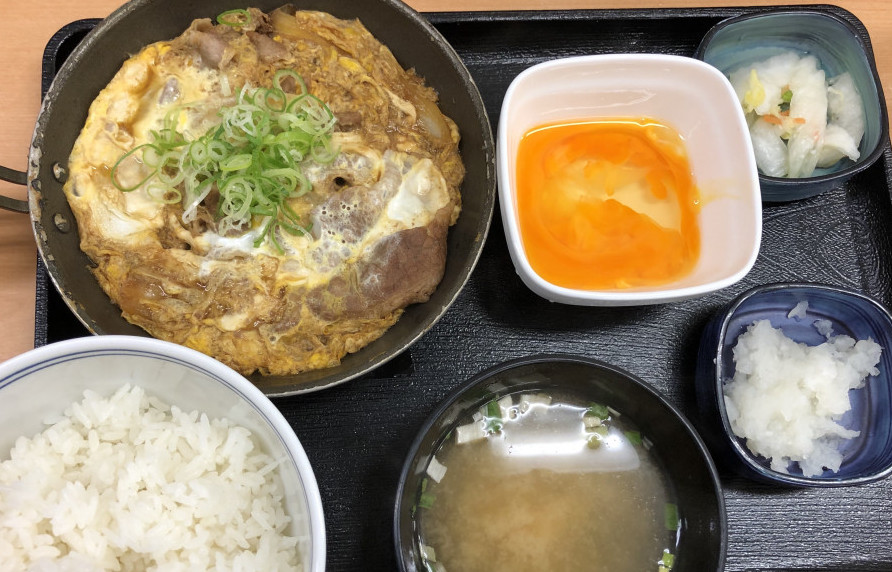 I picked a diner to eat at one day when I was by myself. I entered the restaurant and sat down, thinking someone would take my order.

After a half-hour of waiting, I asked the staff why they had not taken my order. The server asked me for my ticket. I had no idea what the staff member was talking about, and I let them know.

The person pointed to a Kiosk in the corner. I ordered using the touchscreen and handed the ticket to the server. The meal was fantastic, and now it’s my favorite place to eat.

If the restaurant doesn’t have a Kiosk, it has a server summons button. The servers in a Japanese restaurant don’t have time to ask you every five minutes if you’re ready to order. Press the button when you’re ready, and the server will be at your table in only a few seconds.

If you yell in Japan, you’re invading someone’s personal space. Also, it’s rude to point in Japan. This behavior is typical in other countries. In Japan, the server will ask you to leave. 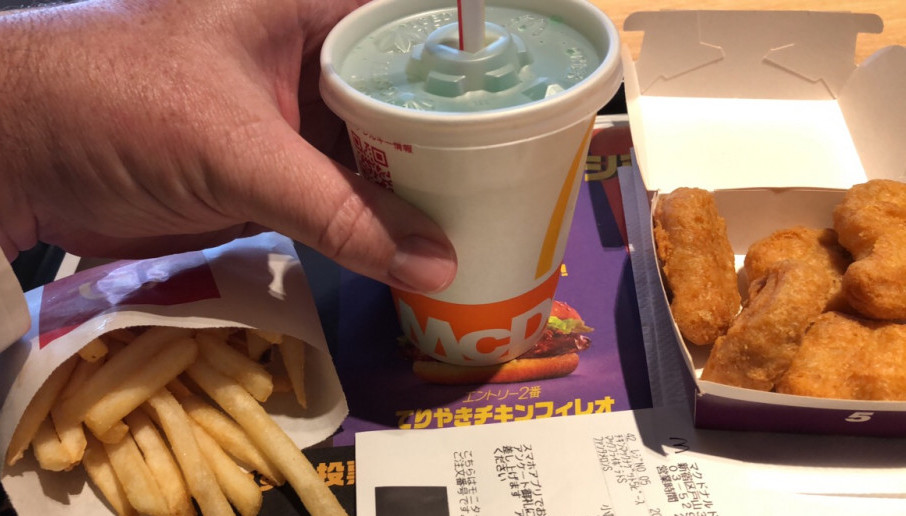 I visited the local McDonalds after moving to Japan and ordered a small meal. When I picked up the tray, I couldn’t believe how little a small order was. It was tiny and half of what a kid’s meal was in America. The drink was a unique item to me and was smaller than my hand.

I found that the drinks at restaurants are even smaller and only comes in one size. Order the drink bar where you get free refills, or you’ll go thirsty in Japan. 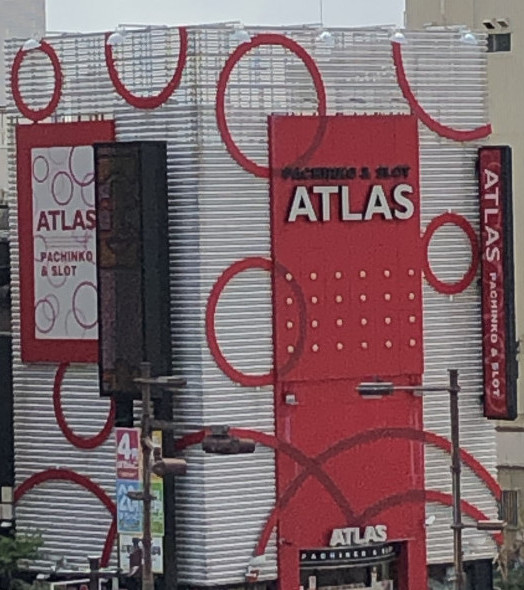 A Pachinko (Pinball) Palace is a loud, smoke-filled multi-level building full of Japanese people. These palaces are everywhere and are the one building in Japan that you hear before you see.

No Central Heating or Air Conditioning

I’ve never visited a home in Japan with a thermostat on the wall. People in Japan use a remote control to turn on the aircon or heater. Since the houses are small, it only needs a wall unit to heat and cool.

In the winter, everyone usually stays in the same room under the heated table with a blanket over it, know as a Kotatsu. The rest of the home is cold.

On my way to my first interview, I learned about packed train cars. I arrived in Tokyo at rush hour and was packed so tightly inside a train car that it was difficult to breathe.

There are so many people at rush hour that train staff needs to push passengers inside the train cars. There is no personal space, just a mesh of body parts.

On my way out of a store, I dropped some coins and had no idea. A Japanese person picked them up and ran to me so they could return them.

If someone drops something and no one is around, the next person who comes by will pick up the item and place it on the side of the walkway so the person who dropped it can easily find it. If the owner does not return, It will remain in that spot until a police officer takes the item to the police station.

Japanese Sitting Next to Foreigners

After a few train rides, I found out that many Japanese people do not like to sit next to foreigners. They will stand or move to a different train car. I thought this was rude until I realized that I always have lots of room while the Japanese don’t.

The only exception is a packed train, and there is no room to move.

Many streets in Japan are too narrow for cars to pass each other. I see cars pulling over in whatever area they can so the other vehicle can pass.

Drivers will also back up down the street if they need to so the other person can have the right-of-way.

I didn’t realize how many natural disasters Japan has each year. I quickly learned that it’s one of the most volatile places on the planet.

I’ve been in several earthquakes, typhoons, floods, and more since I moved here a few years ago. The only thing I needed to worry about in the US was a tornado once or twice a year. Not that a tornado can’t threaten your life, but Japan has something coming at you that seems like each week.

I’m not talking about teenagers but little children but children five years old and up. They are taking the train, walking to the store, seeing grandparents, and off to school. Kids are independent in Japan and have no fear of going places by themselves.

The whole community is involved and is always watching children as they move around. Japan has a loudspeaker system throughout the nation, and it alerts the community when children are out of school and asks everyone to watch for them. Parents are working and cannot take time off of work to attend to their children. 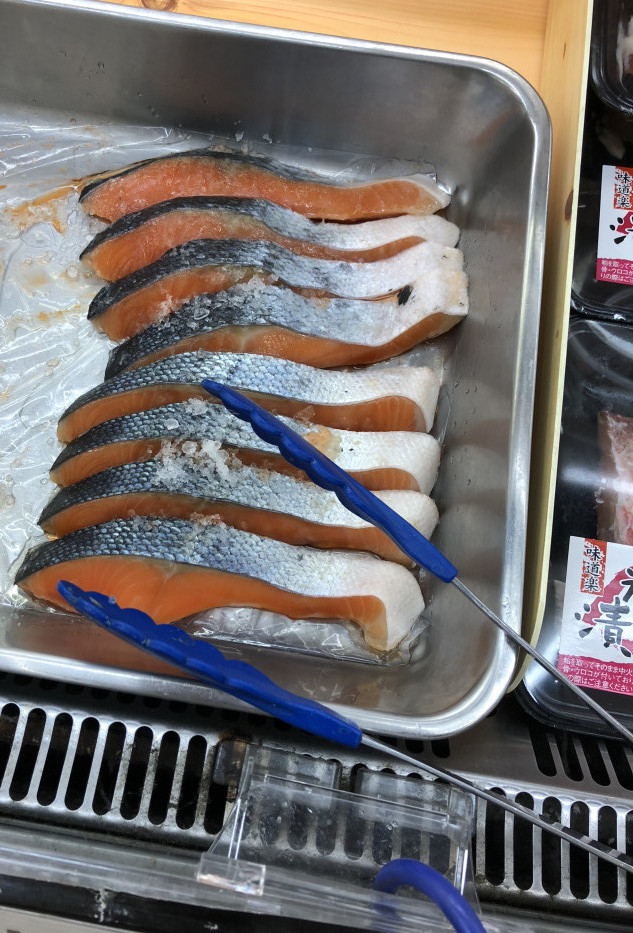 Walk into a typical market in Japan, and you’ll see lots of cooked and raw food available for shoppers to pick up with tongs and put in bags. No store attendant watches over the food or bags it for you.

Shoppers don’t need to worry if someone has spit on or stuck something into the food.

Read the complete guide to moving to Japan here.

Do you have a unique experience with Japan? Please leave it in the comment section below.

Have questions about Japan? Put your question in the comment section below.